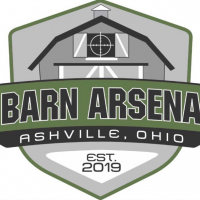 thebarnarsenal Member Posts: 56 ✭
May 25 in General Problems and Advice
So I have tried searching and looking through post trying to find what film should look and act like off the roll. But not finding much.
I know all films are different but how should a film act or lay when rolling off the tube?
I keep my film on the rolls and in the bag (not sealed) 60-70 degrees and around 50-55% humidity.
Most of the films are tough to roll out and want to curl up and are difficult to handle.
i tape 2 sides of the film just to get them to lay flat. And when cutting the film with nice scissors some even rip instead of cutting.
Maybe I am over thinking this but watching some of jims videos he can grab the film one handed and put it on the water not taped.
Does this make much difference
in the dip?
0 · Share on Google+ Share on FacebookShare on Twitter