Forsi Member Posts: 396 ✭✭✭
March 2019 in Tips and Techniques
First time using this particular CF pattern from Liquid Concepts and am getting more stretch than I typically get with CF patterns. Image below shows the part and the result. I went in with the bottom part of the piece first (the part in the bottom of the photo with the "up and down contours"). I had backtaped the holes and did small slits in them and had dammed the film as tight as possible in the tank to try and minimize stretch. I know there will be some stretch and altering of the carbon fiber weave given the complexity of this part, but it just seems I can't keep a decent or consistent weave going across the face of the part as a result of the edges causing the pattern to skew.

Should I go in from the side of the part rather than the bottom or top of the part? I thought I would ask on here before redoing this part since I am sure someone on here has done a similar engine cover previously. I haven't been doing very many car parts recently so I am having a brain block at the moment and had to ask. Thanks! 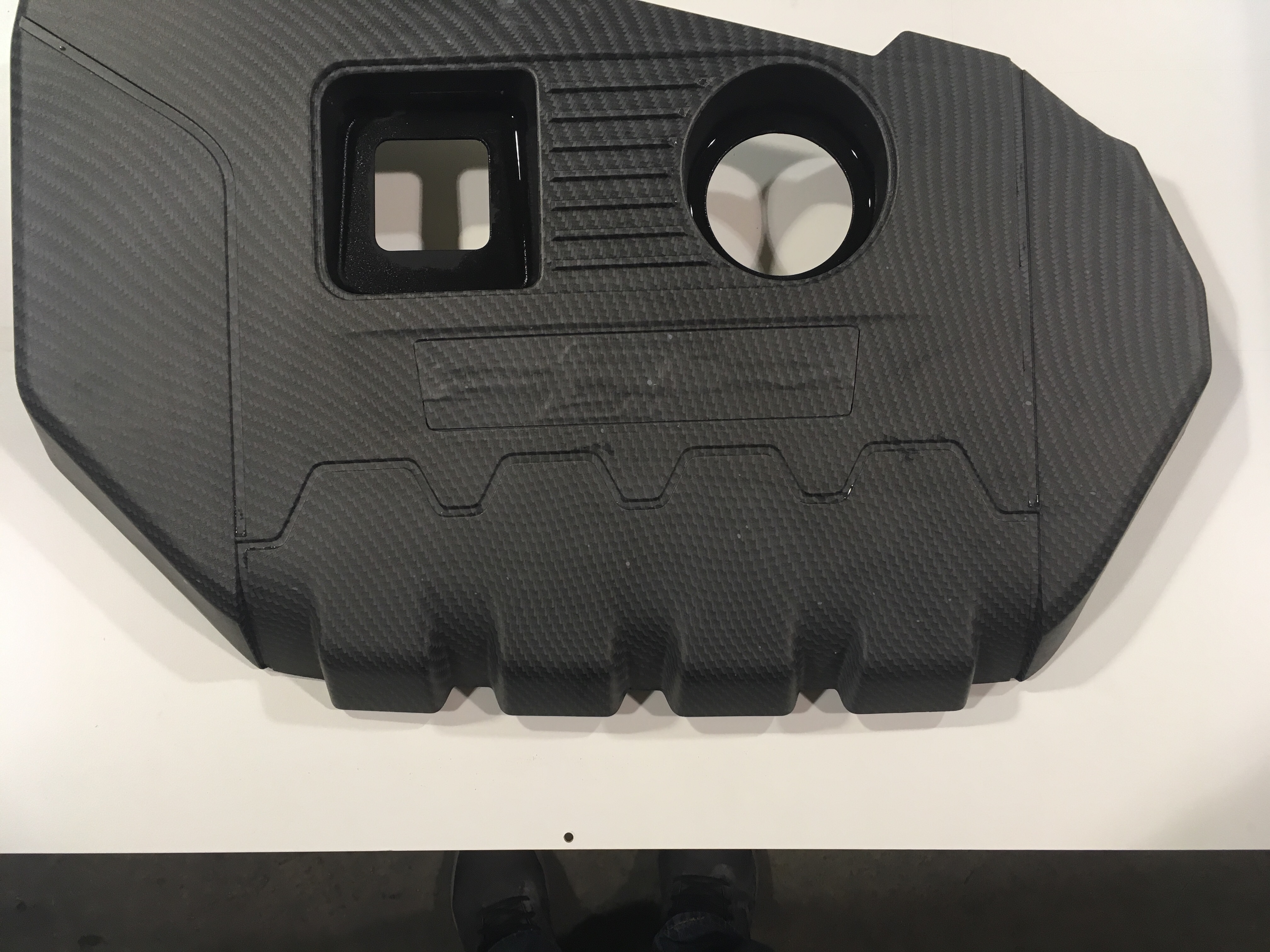